“What should Russian athletes do?” asked Russian sports minister Vitaly Mutko. “Dance on the table? Sing a song?”

Mutko was pondering aloud what Russia has to do to gain admission to the Olympic track and field competition after the world athletics body extended its ban over last year’s doping scandal.

With Russia’s 2012 Eurovision entry still fresh in the memory, I suspect the song and dance routine would only make matters worse. If that was at all possible.

But there may be a simpler remedy to Russia’s doping problems. A bit of the Cyrillic equivalent of A-B-C.

Because the one question that springs to mind after the roll call of Russian meldonium flunkers — 10 and counting — is: “Can’t you people read?”

“We explained everything to everyone half a year ago,” assures Mutko. According to the Minister, there was no escaping the emails and missives outlining the looming meldonium ban. 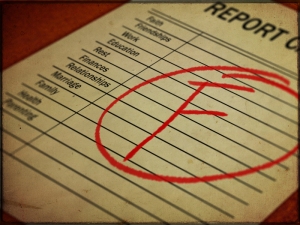 Yet, since Maria Sharapova’s oops-I-did-meldonium-again media conference just over a week ago, another nine Russian sportspeople have fessed up to failed meldonium tests.

Russians account for 10 per cent of all athletes sprung for the drug since it hit the banned list on January 1.

They all got the memo. Apparently none of them read it. Which makes me wonder if Russian sport has a literacy problem.

Meldonium. It sounds like plutonium’s evil half-sister. Or some kind of poison a Bond villain might have administered in the franchise’s Cold War phase.

And in recent days, the plot has taken a decidedly Bond-like twist.

“I think there is a political overtone,” says Russia’s deputy prime minister Arkady Dvorkovich of the World Anti-Doping Agency’s decision to ban meldonium in the first place.

Riffing on a similar theme, Russia’s skating fraternity claims its disgraced athletes are the pawns of fiendish intrigue.

“There is a very high probability, and we will prove it, that the banned substance was planted on three athletes deliberately,” claims skating federation president Alexei Kravtsov.

Gasp. By whom, you ask? “According to our information,” says Kravtsov, “it was done by their teammates.”

In the field of international sports diplomacy, Vitaly Mutko is doing his best to play down the meldonium scandal, just in case no one’s buying the more outlandish theories of his countrymen.

“This medicine used to be allowed, it does not do anything major, it just helped a lot of people with their recovery times,” he says. “It did not offer any unfair advantages.”

See, what’s a little bit of meldonium between friends?

In addition, Mutko claims medical staff are so busy working with athletes, they simply don’t have time to read pesky notifications from WADA.

He also laments Russia’s reliance on performance enhancing drugs from other countries.

“When we do not create our own, we get caught taking Latvian and Chinese substances,” he says. “There should be our own scientific research activity in the sport of high achievements.”

None of Mutko’s statements stand up to much scrutiny. He claims Russia has already done enough to win a spot at the Rio Olympics, then admits it will take another three to four years to get its house in order.

And depending on his mood, a Russia-free Olympics either “wouldn’t be a tragedy” or could potentially kill Russian athletics.

“If you want to stop the development of athletics on the territory of Russia, in the historical perspective, if you want to kill it — go on, kill it,” he said.

If you think all this double speak sounds familiar, here’s Vitaly hanging out with the master of the craft, Septic Bladder.

Did I mention Mutko is a member of the FIFA Executive?