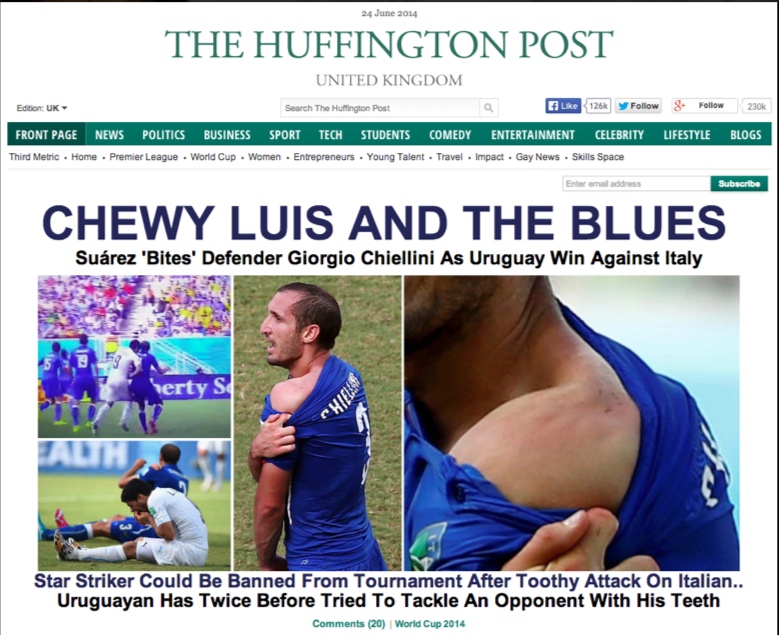 I wish to complain about the conditions I had to endure in my team’s match against Italy at Natal on Tuesday.

Not to mince my words but the lack of condiments on the sideline was nothing short of disgraceful. In my experience, which is considerable, football players taste like chicken. They require a great deal of seasoning and you provided none. This is completely unacceptable to a player of my stature and reputation. 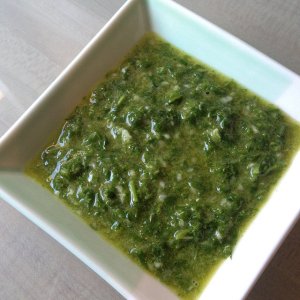 Having learned Brazil spent $11 billion on the World Cup, I have to ask where all the money went when I couldn’t lay my hands on a single bottle of chimichurri to make the Italians palatable. This question has been eating away at me throughout the tournament.

I suspect something untoward has occurred in the management of the World Cup finances. The thought of this makes my stomach churn and I trust you will investigate this matter to the full extent of your powers.

A simple remedy in the meantime would be to replace the white spray-on free kick line with something more edible for those occasions late in the game when I am in need of something to go with my protein fix as I look to rebalance my blood sugar levels.

While I’m thinking of it, would it kill you to buy some toothpicks? Or at least fashion some from the bones of a reserve bencher. How can I be expected to perform to the peak of my abilities with bits of Chiellini between my chompers?

Which brings me to my next point, namely the scrawniness of our competition. Giorgio is a sinewy bugger. It’s almost impossible, even for someone of my capabilities, to get a decent bite-sized grip on such a physique.

The photos in the public arena of my teeth marks in his shoulder are frankly an embarrassment to me. They are far from my best work. I mean, I’ve barely made an impression. The Transylvanians will have my arse for grass.

A buffet of more succulent opponents would enable me to showcase my talents to their fullest potential. You’ve seen the Attenborough clips, where the lithe predator fells the portulent prey. Isn’t that an element worth adding to your World Cup repertoire?

On that note, my accountant is currently doing the calculations on how much publicity I have brought you with my latest snack. I plan to grill him on his figures over some fava beans and a nice chianti and I will invoice you accordingly. 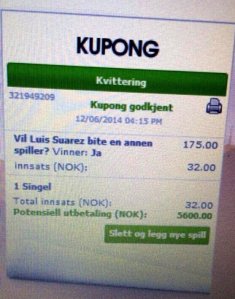 Finally, can I just make a point about the 167 people who got a good nibble after betting I would bite someone in the World Cup. Not one of them is related to me, though I’ve never met a Norwegian I didn’t like.

Thank you for your consideration. Should you wish to discuss any of this in person, I would relish the opportunity. I’m sure in the meantime I can rely on your exceedingly good taste.