Last week I turned up at a Christmas party. There was no one there. Not because it was a dud party but because I was a day early.

The thing is, I knew about a hundred metres from the venue that I’d be turning up to an empty room.

In that pre-party calm as I strolled along Sydney’s Macquarie St, I had a moment of clarity that usually escapes you in December. And in that moment, I could recall the invitation and the ‘9 December’ etched in neat writing at the bottom.

So what was going on in my usually time-coordinated head? 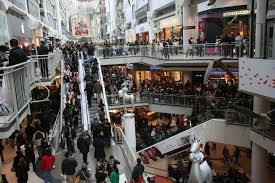 A lot of people in the northern hemisphere are affected by seasonal affective disorder during the festive season. But that relates to the onset of winter and the need for more daylight. It doesn’t apply to the balmy realms of Oz.

No, what I’ve got is Christmas brain. It’s like mummy brain but without the baby.

I’ve got nothing in the way of authoritative research to back me up on this. You can Google Christmas brain and you’ll find zip. But I know it’s a thing because I polled my mates and they’ve got it too.

“So I’m allowed to blame Christmas brain?” asked one, with palpable relief.

Christmas brain occurs when you try to juggle end-of-year work deadlines, Christmas shopping, tree trimming, holiday planning and party festivities, all in a state of semi-intoxication.

All this activity overloads the central nervous system, resulting in small but noteworthy outages in an otherwise healthy brain.

Yep, it's almost #Christmas. And we still have presents to be purchased. Oh. pic.twitter.com/xJwaxQgczF

Among my friends, it has resulted in one hapless soul trying to use her work security pass to gain entry to her home. That was after getting on the wrong train and ending up in Erskineville when she’s lived in Earlwood for years.

One couple caught in the festive stupor turned up at a fancy dress party. In a pub. One week early. One had a friend arrive on her mum’s doorstep a week early for her engagement party.

Years ago, a mate rocked up to my house for Christmas drinks a week early. He was a new dad, so he had that fraught combination of daddy brain and Christmas brain. He brought the baby with him. The kid looked apologetic. Or it could have been wind. 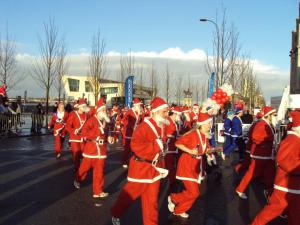 So the calendar malfunctions are an obvious symptom. But Christmas brain can also present itself as an over-abundance of festive spirit.

My mother has this version of Christmas brain in spades. This Christmas she thought she’d found the perfect stocking filler for her grandson, a box of Minecraft figures for only $8.

Ordinarily, she’d question such a sought after item being flogged for such a low price. But all she could see was the look on her grandson’s face when he opened this awesome gift.

Proud as punch, she took the box up to the register, anticipating the World’s Best Grandma accolade that was surely headed her way.

Except the $8 was in relation to each individual figure. Had she bought the whole box, it would probably have set her back more than $200. 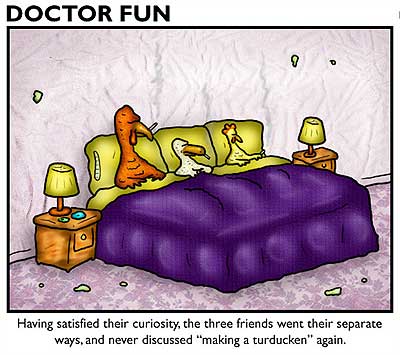 Then there was the sprig she found lying on the ground, which she thought would make a great Christmas decoration. She carted it to the car, complete with the large Huntsman spider that had taken up residence in it.

I too suffer from this overly festive version of Christmas brain. I think it’s hereditary.

I confess I am one of those people that has bought a turducken. I have been known to wear a Christmas pudding costume gifted to me in the office Secret Santa.

I have a t-shirt that says: “Wee fish ewe a mare egret’s moose und a hippo gnu steer”. I have an alarming array of festive headgear. And a Christmas play list that could break ISIS.

I’ve stopped short, however, of wearing festive candles in my hair. That’s just asking for trouble.

One thing that does not qualify as Christmas brain is photocopying your bare bum at the work Christmas party. That’s just plain stupidity. There’s no excuse or explanation for it.

If you have other examples of Christmas brain, let me know. This is a safe environment. And if we can get enough research around this festive phenomena, we can get people the help they need.