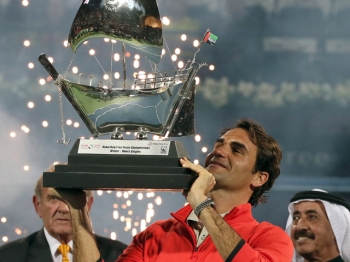 The worst present I ever got was a housewarming gift when I bought my first apartment.

I was feeling all sorts of grown up and sophisticated. I was officially a property owner, paying off my first ever mortgage, in my first ever serious relationship with a financial institution.

And then a mate gave me a porcelain pig toilet brush holder. Not as a joke either. As a legitimate accessory that was supposed to take pride of place next to the dunny every time they visited. Which fortunately wasn’t often. Especially after that.

The pig has long since departed to that great op shop in the sky. Even so, I would much rather have that porcine monstrosity than some of the oversized trinkets that pass for sports trophies these days.

Let me show you what I mean.

Last week, Roger Federer won the Dubai Championships. He got a boat. Not for sailing but to put on his mantlepiece.

Bear in mind, this was his 84th career title. And his seventh Dubai trophy. Imagine Mirka’s delight when he brought this home. Again. I’m betting there’s a garage sale coming up in Wollerau. It’ll be a beauty.

At the same time, David Ferrer had a giant sombrero plonked on his head and was handed a large silver pear as a reward for winning the Mexican Open. Or maybe it’s an elaborate coathanger. Hard to tell.

As to the mystery of why Novak Djokovic has never won the Cincinnati Masters — where he’s been runner up four times — take a look at the trophy and tell me he hasn’t been throwing the matches.

Crap trophies. It’s the main reason I never became a tennis star. And it probably explains why Rafa tries to take a bite out of all his victory bling. He’d rather eat it than put it on his shelves.

Not that tennis has a monopoly on stupid sports trophies. Not by a long shot.

In fact, if you hit a long shot on target over 18 holes for four days running, you might win something resembling a perspex penis for your troubles. Or at least Cristie Kerr did when she won the LPGA Longs Drugs Challenge back in 2002. I know, what were they thinking? 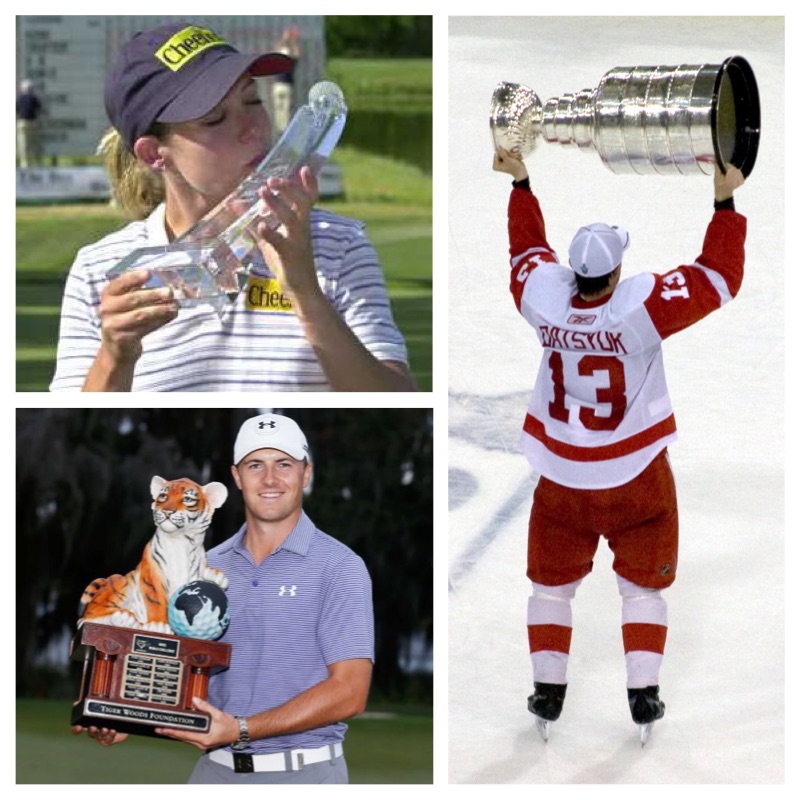 The blokes in the golfing world can play for something more subtle, like the Hero World Challenge trophy. It’s a tournament hosted each year by a famous golfer’s foundation. You’ll never guess which one.

Players do themselves an injury lifting the bloody thing, then skate around the rink thinking it’s a beer barrel with matching cup.

Not to be outdone, the Indianapolis 500 offers this piece of hardware to the fastest driver. Stuffed if I know how you get it home.

But Staff Sergeant Jacob Torrez has, without doubt, the most striking sports trophy going around — and he didn’t even win first prize.

He might have had some explaining to do when he brought this home. 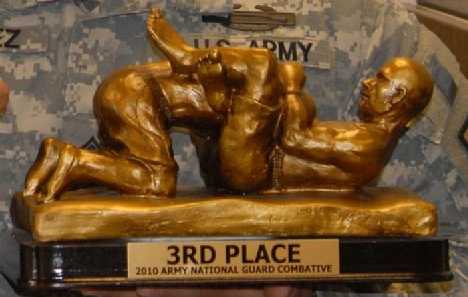 Which of these beauties would you like on your mantlepiece?

Have your vote. Or nominate some other eyesore.

Trust me, there are plenty out there.