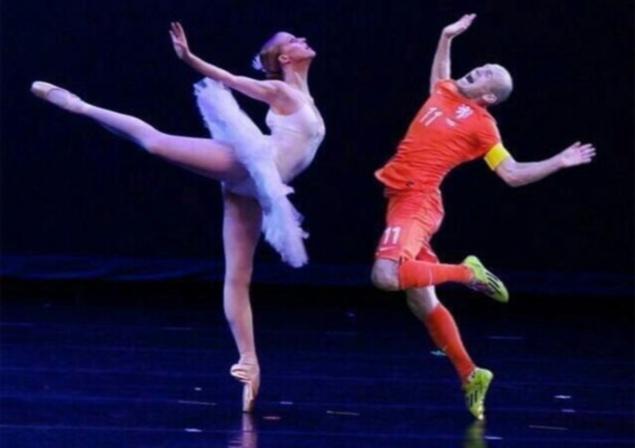 If there’s one thing that stands out about the FIFA Women’s World Cup, it’s the distinct lack of diving.

Maybe it’s because there’s not enough pay in the women’s game to cover acting lessons. Or because throwing yourself around on artificial turf is like going ten rounds with a commercial floor sander.

Or maybe the girls are just made of sterner stuff. And have greater respect for the game.

Whatever the reason, if you Google ‘soccer diving’ videos you’ll get pages and pages of blokes flopping about less convincingly than Sofia Coppola in her Godfather 3 death scene.

But do a search for ‘women’s soccer diving’ and up come links to women’s swimming, with nary a mention of soccer.

Four years ago, the folk at Wake Forest University decided to take a more forensic look at the issue and, 47 match videos later, found male soccer players dive twice as much as their female counterparts. Frankly, I’m surprised the gap isn’t wider.

The practice is so rife in the men’s game that FIFA has coined a name for it. They don’t call it ‘diving’ though, just like they don’t call a generous donation for third world sporting facilities around World Cup bidding time a bribe.

Instead, it refers to the vaudeville traditions of the game as ‘simulation’. A bit like their own efforts at ‘governing’ the sport.

At any rate, when Matildas winger Samantha Kerr hit the deck in the 76th minute of the match against Nigeria a few days ago — and stayed down — she wasn’t borrowing a move from the Arjen Robben handbook.

Kerr clocked a brutal elbow to the jaw from Ugo Njoku as Nigeria’s hopes of progressing to the knockout stage turned increasingly to custard.

The incident escaped the attention of all four match officials, including the ref who was just a few metres away. Kerr labelled it a ‘cheap shot’, while the Nigerian coach tried to pass it off as part and parcel of ‘a game of contact’.

Njoku copped a three-match ban and $3,000 fine for her troubles. It’s the same penalty dished out to Zinedine Zidane when he famously head butted Italy’s Marco Materazzi during the 2006 World Cup final.

It being Zidane’s last ever game, he opted instead to serve three days of community service for FIFA. Whatever that means. Maybe he was the organisation’s bagman for a few days.

There were expectations Njoku would be benched for eight games, as Italy’s Mauro Tassotti was after a similar incident in the 1994 World Cup.

Still, it’s a heftier penalty than was handed out to France’s Camille Abily, who got off scot-free for an elbow to the face of England’s Laura Bassett, who was sporting a nice shiner after the game.

Some observers have suggested Bassett might have extracted a foul if she’d taken a leaf out of the men’s book and rolled around a bit after the hit.

Bassett was having none of that. “If you are not hurt you don’t stay down,” she said.

Are you listening, boys?