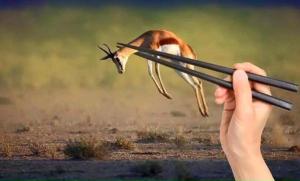 Eddie Jones may not have had an epic record in the four years he coached the Wallabies but he’s just become the talk of the Rugby World Cup.

The boy from Burnie presided over the feel-good story of the year — for everyone not going for South Africa, that is, which would be most of us — when, against the odds and the clock, his Japanese charges rolled the Springboks.

The Cherry Blossoms hadn’t won a World Cup game since 1991. And in the dying seconds it didn’t look like they were going to win this one.

Then this happened — minus the Japanese disco music.

And the Japanese fans went nuts!

Eddie couldn’t believe his eyes. “Japan beating South Africa? I had to look at the scoreboard,” he admitted. Didn’t we all, mate?

It was a weekend for the Aussie toilers. And they don’t toil harder than Lleyton Hewitt.

Lleyton’s renowned for giving his all, especially when he’s playing for his country. Cut this bloke and he bleeds green and gold.

On the weekend, Lleyton played his final Davis Cup match. It was a beauty. Went for days.

Up against the Murray brothers in front of a partisan Glasgow crowd — because Florence + The Machine wouldn’t vacate the Manchester Arena — Lleyton and Sam Groth were Aussies on toast for most of the game, yet kept clawing their way back until finally they couldn’t.

It was vintage Lleyton and it sent me straight to the internet to book in for his final appearance as a professional tennis player at the Australian Open in January.

What a match that was! Thought everyone played a very high level.. Hoping that's last time I'm across the net from hewitt #fighter

Another legend who played their last this weekend was Adam Goodes.

He kicked the Sydney Swans’ first and last goals in an unexpected loss against North Melbourne, then quietly announced to his teammates he was hanging up his boots.

Fate plays strange games at times. Goodes wouldn’t have played this season were it not for the Swans’ humbling by Hawthorn in last year’s AFL grand final.

“We lost and, in a way, that was so un-Swans like, so unlike how I’d like to be remembered,” he said last year.

So he played on for another year. And what a year. A year in which he stamped his presence not so much through his football but as a reluctant lightning rod for people who saw only the colour of his skin and the way he chose to wear it.

It’s sickening what Goodes was subjected to this year, the chorus of boos that followed him right up until his last game.

Yet he leaves on his own terms. He above anyone in the game knows there is more to life than football.

So he won’t be part of the motorcade of retiring players shipped around the MCG on grand final day. But I get the feeling we haven’t seen the last of him.

And finally, while the talk of golf has been of the rivalry between Rory McIlroy and Jordan Spieth, Jason Day has leapfrogged the pair of them to claim the world number one ranking.

Unstoppable since claiming his first major title at the PGA Championship last month, Day has just added the BMW Championship to his increasing trophy cabinet.

Day admits he felt the pressure. “Yesterday and today had to be the toughest rounds of golf I had to play in my entire life,” he said.

But probably nothing compared to the task of turning his life around from wayward pre-teen 15 years ago.