You may not be aware but this weekend is a once-in-a-lifetime event. For the first time ever, the Oscars and the FIFA Presidential vote will be held on the same weekend.

(I’m going to claim this as an exclusive, as I’m sure it’s a link no other sports scribe has researched.)

Extraordinary things will unfold. Twenty-three years after his first Oscar nomination and on his fifth attempt, Leonardo DiCaprio will finally take home a gold statue. And I don’t mean his latest model girlfriend.

And for the first time in eighteen years, FIFA will elect a President who isn’t Septic Bladder.  There’s even talk of Sylvester Stallone winning an Oscar. Which would set off scenes like this.

So here we go, my tips for the weekend.

I just worry that as a philanthropist, anti-apartheid campaigner and political activist once imprisoned with Nelson Mandela, Sexwale might be considered too, um — what’s the word I’m looking for? — ethical to run soccer’s ‘governing body’.

Jerome Champagne is expected to run out of fizz early. Prince Ali bin al-Hussein, who lost to Septic last time round, could be just the tonic FIFA needs, so it won’t be him. Besides, he’s just raised concerns about vote rigging, so he’ll be snubbed as badly as Leo DiCaprio in his last four Oscar nominations.

From all reports it’s coming down to a contest between the Sheikh and the Baby. My money’s on Infantino. I just hope Sepp puts in a cameo. 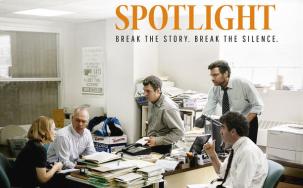 It’s an absolute travesty that FIFA’s multi-million dollar puff piece, United Passions, isn’t nominated. In its absence, I’ll go with Spotlight. From his bunker in Rome, Cardinal George Pell will be delighted that yet more light is being shed on the issue of clergy abuse of minors. 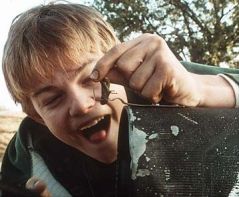 ACTOR IN A LEADING ROLE

While Sepp Blatter’s been putting in some great comic performances of late, no one can spoil Leo’s night. No one. He’s been waiting a very long time for this Oscar. Since he was knee-high to a grasshopper, or whatever critter he’s about to eat in the picture above. Ages anyway. 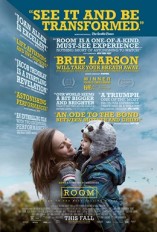 ACTRESS IN A LEADING ROLE

It may not be the most jaunty of movies but Brie Larson’s turn in Room is exactly the kind of emotional mill the Academy likes to put its actresses through. If Sepp’s in the room, he’ll try to look down her top.

ACTOR IN A SUPPORTING ROLE

Wouldn’t it be amazing if Rocky won an Oscar? There won’t be a dry eye in the house. I’m tearing up already. Cue the music. Do the jog in the daggy grey tracksuit, pants pulled up way, way high. Run up the stairs and punch the air. Contort your face and slur like a drunkard. Go Rocky! 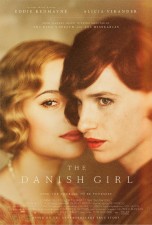 ACTRESS IN A SUPPORTING ROLE 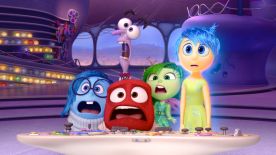 Boy and the World

When Marnie Was There

I’d love to go with the Shaun the Sheep, the movie that inspired a hairdo, but I’ll be a bit like these guys if Inside Out doesn’t win. Or maybe they’ve just seen Sepp’s latest press conference.

I’d go with Mad Max but the Academy tends to favour the loftier titles in this category, so The Revenant it is. Though for mine, the year’s best piece of cinema was this: 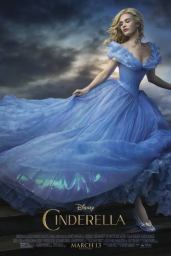 Another one where Sepp could have stood a reasonable chance for his masterful direction of the cautionary tale about his own downfall. Sadly overlooked by the Academy, I’ll give my vote to The Revenant. 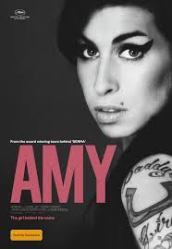 The Look of Silence

The Look of Silence? What does that even mean? Amy has rock star appeal, with its Access All Areas pass into Amy Winehouse’s life and sad demise. It’s by the same crowd that made Senna. Next year, I’m hoping they have a crack at Sepp.

Chau, beyond the Lines

Claude Lanzmann: Spectres of the Shoah

A Girl in the River: The Price of Forgiveness

These categories are an absolute lottery, as the Academy members barely watch the nominated movies. Body Team 12. It’s about ebola. That’s all I know. 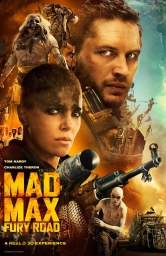 Just put all the techy awards in a big box and hand them to the Mad Max crew.

Embrace of the Serpent

The Academy has a soft spot for Holocaust movies. And Son of Saul’s supposed to be an especially good one. Am I sounding sufficiently informed and authoritative? Perhaps I could get an acting Oscar.

While I’m very tempted to go with the 100-year-old fella, though not literally through the window, Mad Max is my tip. With an honourable mention to whoever crafted Septic Bladder’s latest look. Or is that the poster for the 100-year-old man movie? 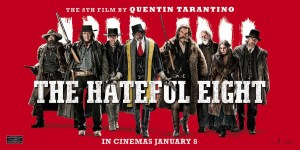 Say what you like about Tarantino movies, they always have ripper music.

Earned It, Fifty Shades of Grey

Til It Happens To You, The Hunting Ground

Writing’s On The Wall, Spectre

I’ve got a soft spot for The Hunting Ground, a documentary about sexual abuse on college campuses which I’ve quoted several times in my blog. Plus, this song hails from Gaga’s tonsils. How can it lose? 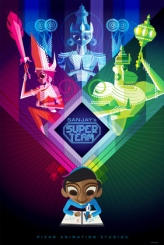 We Can’t Live without Cosmos

Going purely on title here. I just hope Sanjay’s Super Team isn’t about a group of people selling superannuation. That would be a short movie, though not at all animated.

Everything Will Be Okay (Alles Wird Gut)

What did I say about the techy awards?

Must I repeat myself?

I see you’re getting the hang of this now. But let’s not overlook FIFA’s special effects in conjuring money seemingly without effort from every pocket of the globe. And all without CGI. 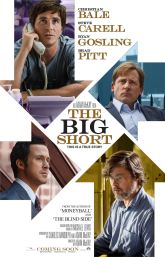 Making the global financial crisis comprehensible and entertaining? That deserves a Nobel Prize for Economics, let alone a writing Oscar.

Whoever wrote the FIFA script over the past 12 months, the Academy thanks you. It had everything but a gratuitous sex scene. Great plot twists, excellent human drama. It maybe stretched credulity a tad but shouldn’t have been overlooked for a nomination.