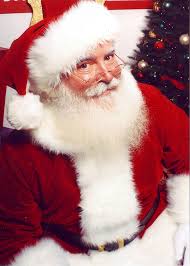 In a special treat for our readers, we have obtained a rare interview with Santa as he prepares to harness the reindeer for his annual global pilgrimage.

Perhaps due to lack of sleep or an excess of Mrs Claus’ famous eggnog, Santa has blown the lid on some of the more unusual requests he has received this year, particularly in the sports world.

He shares them with us here.

“Sepp came in with a big list. You wouldn’t believe the demands. Diamonds, cars, women, gold bars, Tutankhamun’s treasure, an extra foot in height, the moon. He practically sang me Santa Baby. It wasn’t pretty.

“But mostly he wanted to have his FIFA back. And a Nobel Peace Prize. He said he could make it worth my while.

“Platini came in all Marlon Brando like, carrying on about how he coulda been a contender.

“His Christmas wish was that he could give back every dime he’d ever taken from Sepp Blatter. I’m sure there are some prosecutors only too happy to make that wish come true.

“I ended up giving them both a very long holiday from FIFA. So they can spend some quality time with their lawyers.”

“Serena said an Uber subscription would come in handy for her next fun run.

“I’m going to give her the rest of the dress she wore to the Sports Illustrated awards.”

“They said I wasn’t real. I said I’m a whole lot more real than they are.

“They’ll be getting a bunch of team bonding sessions and some of those plastic cricket sets kids use to learn the basics of the game.”

“They asked for more time and money. Pretty standard for a host city. I gave them each a bottle of clean drinking water.”

“Those guys are hilarious. They came to see me separately and asked for exactly the same thing. They want voodoo dolls of each other. And very sharp pins.

“Poor Watto. That one got a bit embarrassing. He sat on my lap, gave me a cuddle, had a bit of a blub.

“Then he told me what he wanted, in the quietest little voice. ‘Please Santa,’ he begged, ‘can I have a friend?’

“Ronaldo asked for another ab. I pointed out he should ask for two so he’d have symmetry.

“He pouted like a catwalk model, flicked his hair and asked me what symmetry was. Then he said if Ronaldo wants Santa’s opinion, Ronaldo will ask for it.

“So, Ronaldo can have his one extra ab, the wanker.”

“He hit a ball straight at my head and told me his mate was sleeping with my wife. He’s on the naughty list.”

“I had to show Ronda the door after she put one of the elves in a headlock.

“Holly Holm is looking after Ronda’s Christmas present this year.”

“They asked for a clean sample. Just the one.”

“He came in quite stressed, asking for another job. I asked him how he’d look in an elf suit. He decided to stick with running international athletics. But it was a close call.”

“Kelly and I had a bit of a misunderstanding because I don’t speak surfer. So when he came in asking for the perfect wave, I held my wrist just so, you know, like the Queen, and waved at him.

“It was a good wave. Maybe not perfect but pretty close. But he didn’t like it. ‘Forget it,’ he said, ‘I’ll go and make my own.’

“Who cares what he wants?”